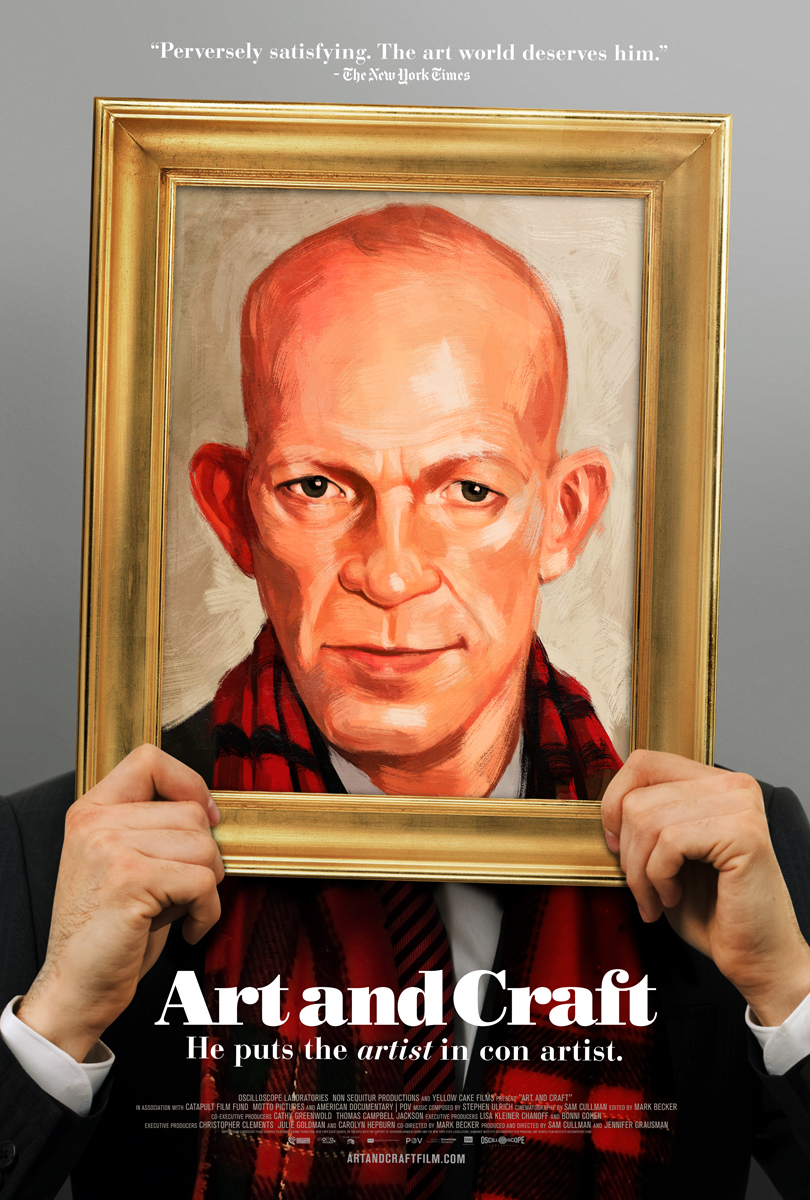 Art and Craft is the remarkable true story of Mark Landis, a schizophrenic Mississippi man who over the course of thirty years forged hundreds of works of art and donated them to four dozen American museums.

Landis, a gifted copyist, is able to duplicate pretty much any 2D artwork he can put in front of himself. His Javert, Matt Leininger, a former curator at the Oklahoma City Museum of Art and nearly as obsessive as Landis, discovered Landis’ con and made it his work to warn the museum community. This twin portrait is a low-key but intriguing exploration of what constitutes art as well as madness.

The film moves along much like Landis: in a deliberate though shambling way, often distracted by interesting bits it finds along its way. Don’t go if you’re short on patience. Watching Landis concoct his forgeries with colored pencils and instant coffee is nearly worth the price of admission.