Another news item from the world of the near-future thriller South. 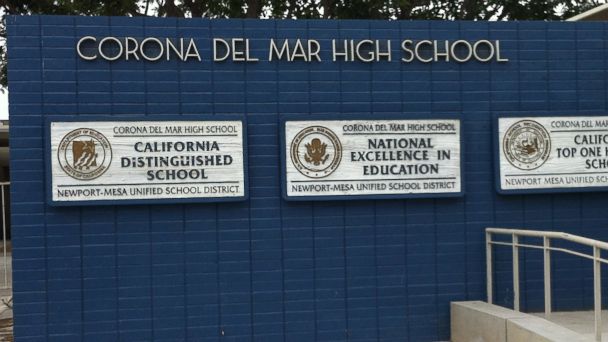 NEWPORT BEACH, CA – Corona del Mar High School’s third annual Prom Date Sale struck a less-than-festive note when the parents of one of the girls involved sued the school and organizers, claiming their daughter was “undervalued.”

“Kaitlyn’s worth far more than $740 for a date,” says Britney Hanssen, resident of the pricey enclave and mother of the high-school senior. “Her father and I have done everything we can to make her marketable. She’s a beautiful girl, and a date with her is worth at least $1,500.”

The school administration refused to comment on the suit, which seeks unspecified damages due to “reputational loss.”

The Prom Date Sale is an evolution of the Prom Date Draft, first reported in 2014. In the NFL-style draft, CdM boys would pick numbers that set the order in which they would choose the most desirable girls on campus as their dates to the annual prom. While decried at the time, the tradition grew more elaborate over the years, first developing a lucrative market for selling higher draft picks. Now, male seniors and juniors bid directly for the girls’ favors in an open auction, held this year at the tony Resort at Pelican Hill. Prices can reach as high as $2,500.

While some critics have likened the event to a slave auction, Aiden Buckold, 18, a CdM senior, disagrees. “It’s, like, the way my dad buys race horses. It’s kinda the way he got my stepmom.” He claims to be happy with the auction’s outcome, in which he spent $1,720 for a prom date with Olivia Nordrich, a 17-year-old junior. “It’s totally worth a month’s allowance to go out with Liv. She’s, like, totally hot.”

Many CdM girls have come to view the auction as the culmination of their high-school careers, and many parents agree. Ms. Hanssen details her daughter’s three-year campaign to bring in a high bid: “There’s the personal trainer, that’s key. Of course she gets weekly facials and peels, and monthly detox. Dance lessons, modeling lessons, but everybody does that. We spent a fortune on genetic breast enhancement for her last year, but she made the ‘Girls of Corona del Mar’ calendar, so it was absolutely worth it. That’s why her price at the auction is such an insult.”

What do the boys expect of their rented dates at the prom? “The same thing they do anyway,” says senior Madison Scharncroft, 18, with a wink. “It’s just, now we know how much it’s worth to them.”

While girls are not required to accompany their purchasers to the prom, those who refuse to do so are often ostracized and find their social standing at the school to be severely damaged. Likewise, a sub-par price can brand a girl as a “loser,” with $1,000 being the most-mentioned threshold.

On the other hand, a high price can lead to opportunities beyond high school. Hailee McKenna, the then-18-year-old senior who inspired the still-record bid of $2,520 in last year’s auction, last month married Jason Silber, 46, the billionaire construction magnate whose firm is in the final stages of building the wall that will seal off Newport Beach from its less-posh neighbors. “That’s our dream,” says Ms. Pergrosian. “It’s, like, we grew up wanting to be Disney princesses, but now Hailee’s a real one.”