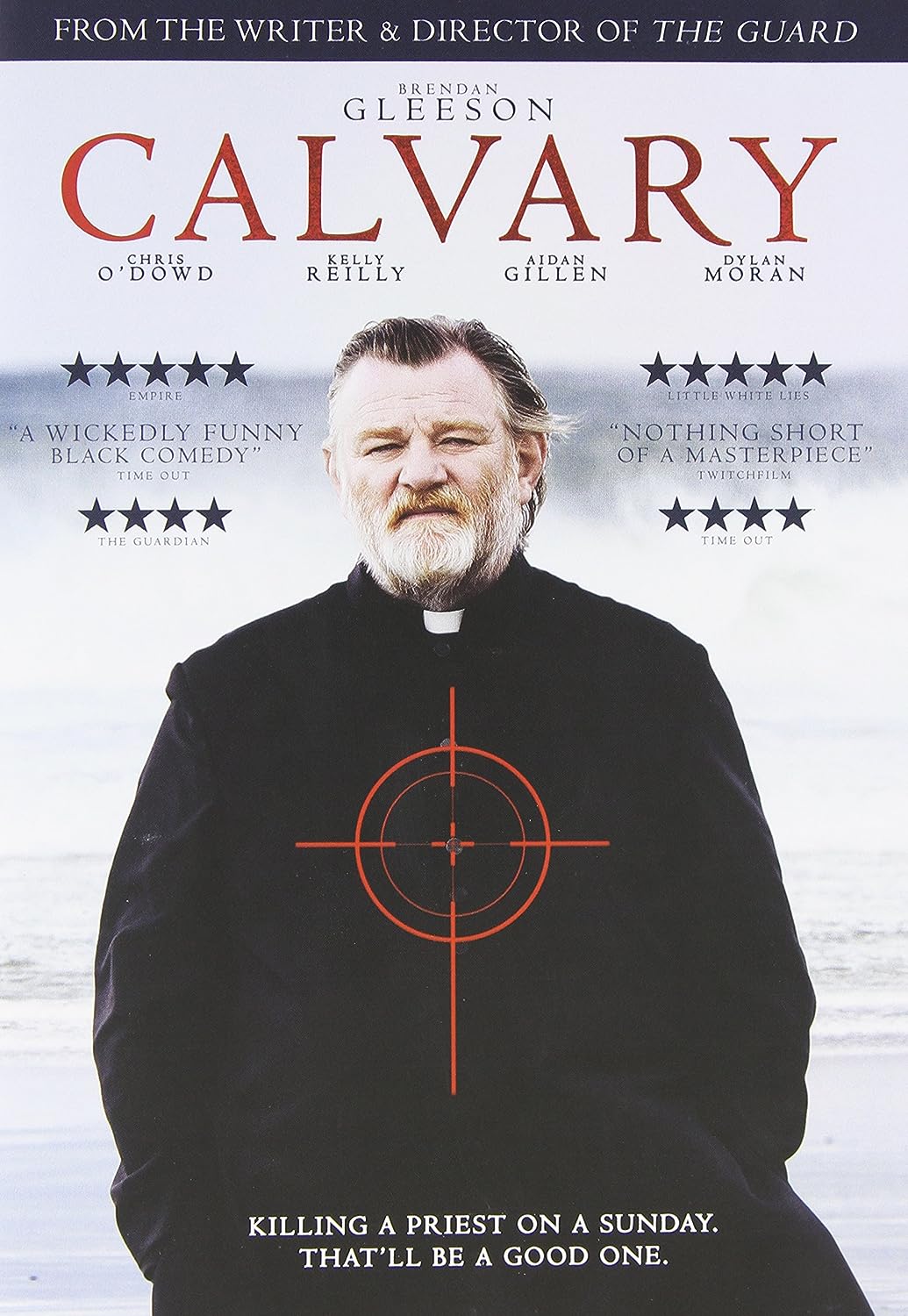 Calvary is a who’ll-do-it, a murder mystery in which the murder hasn’t yet occurred. But writer-director John Michael McDonagh (The Guard, Ned Kelly) has more on his mind than just this one potential crime.

Brendan Gleeson (also The Guard) delivers a quiet, simmering performance as Father James, a parish priest in a small coastal Irish town. One of his parishioners threatens to kill him in one week’s time as punishment for the would-be murderer’s abuse at the hands of a bad priest decades ago. The film chronicles what might be the last week in the good priest’s life.

As we follow Father James on his normal rounds — because what else will the man do, but his job? — McDonagh exposes what he considers the pervasive rot in Irish society: the rich philistine of a developer, the ineffectual police, the clerical hierarchy mired in damage-control mode, the poverty and drink and hopelessness of a place the so-called Celtic Tiger never trod.

By halfway through, you’ll narrow the future perp to one of a couple people, but that doesn’t detract. There’s little violence but much dread; this is a story of suspense, set in a place where nearly everyone has a reason to kill.