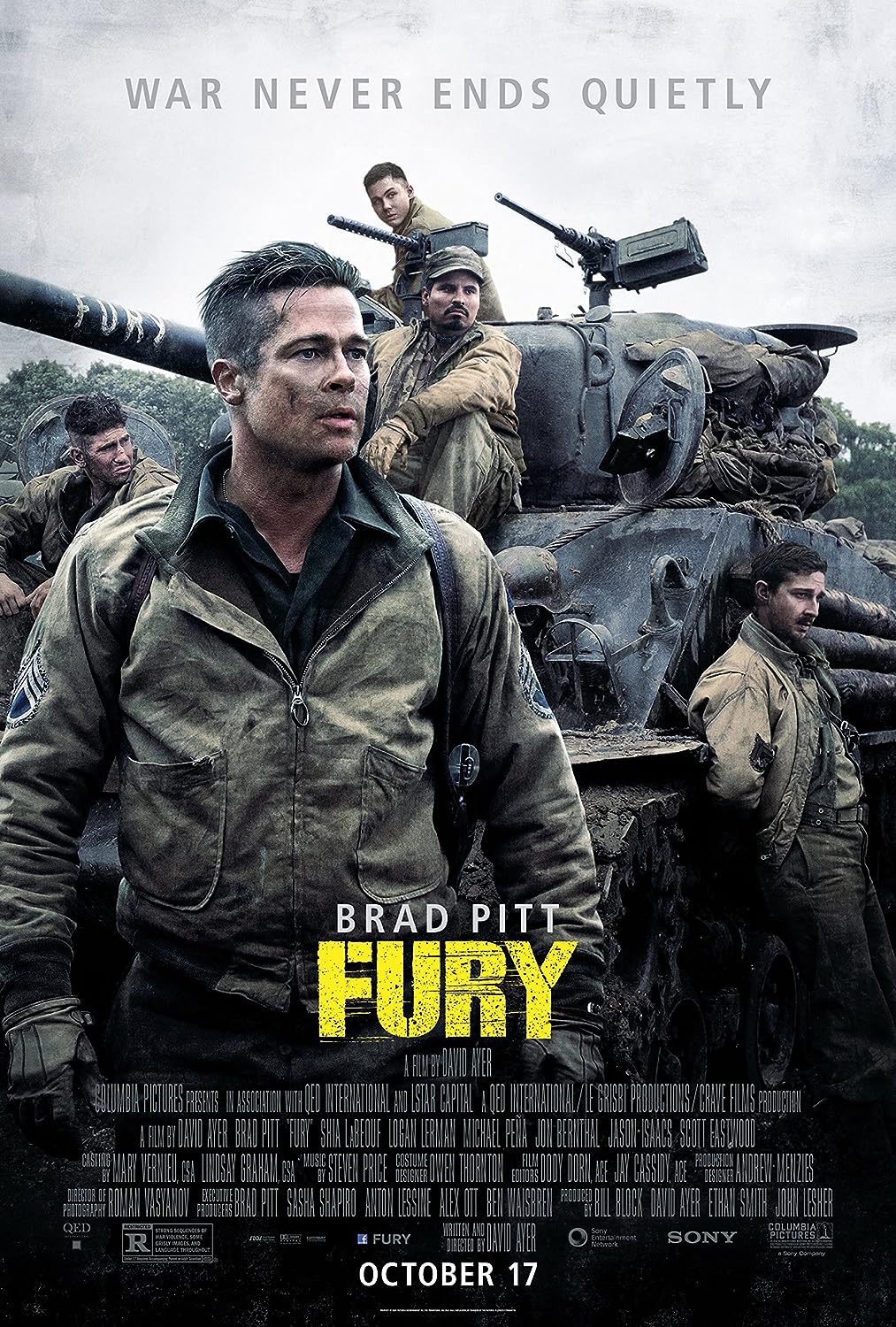 Fury is a harrowing, unrelentingly grim portrait of a U.S. Army tank crew in Germany in the final days of WWII. It’s at bottom a study of the brotherhood of warriors and the lengths its members will go to for each other when passed through the pressure-cooker of war.

Director David Ayer compresses a global apocalypse into five men and their Sherman tank with the same gritty intensity he brought to End of Watch. Brad Pitt’s finely modulated performance as the tank commander will help you forget his cartoon character in Inglourious Basterds; the rest of the crew displays the various coping mechanisms soldiers use when they sense their humanity slipping away. The battle scenes are brutally realistic without falling into bombast.

This is not your father’s WWII film. The men and machines are dirty, profane, and damaged; there are no grand sentiments or high ideals, just survival. Fury is Das Boot in a tank. High praise, since the latter is the definitive men-in-submarines film. And like Das Boot, don’t expect to feel good about the world when you leave the theater after seeing Fury. But you may have seen something more real than a dozen iterations of The Longest Day.